Our November 2, 2013 group poses at the base of the Air Force Memorial

Plans are in the works for two flights in 2014.  The first is May 10 and will be out of Clarksburg, WV.  The second will be in September and will fly out of Huntington.  Please get your applications filled out and mailed in.  Click on Applications tab above. 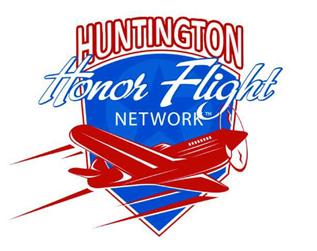 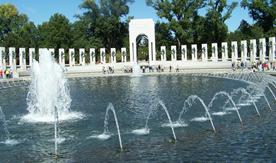 All donations to our federal, nonprofit, 501(c)3 organization are tax deductible. Contributors should consult their tax advisor concerning the financial benefits of making such a donation.

Our goal is to honor as many of these selfless “ordinary people who saved the world” as we can by providing them with no-cost, escorted trips to their memorial in Washington, D.C.

Goal: Helping every single veteran in America, willing and able of getting on a plane or a bus, visit THEIR memorials.

Priority: Top priority is given to America's most senior heroes — survivors of World War II, the Korean War and any veteran with a terminal illness who wishes to visit THEIR memorial.

Eligibility:  All men and women serving stateside or overseas.

Philosophy: Since America felt it was important to build a memorials to the service and the ultimate sacrifice of her veterans, Honor Flight Huntington believes it's equally important that they actually get to visit and experience THEIR memorials.

The History of Honor Flight

The inaugural Honor Flight Tour took place in May of 2005. Six small planes flew out of Springfield, Ohio taking twelve World War II veterans on a visit to the memorial in Washington, DC. In August of 2005, an ever-expanding waiting list of veterans led our transition to commercial airline carriers with the goal of accommodating as many veterans as possible. Partnering with HonorAir in Hendersonville, North Carolina, we formed the "Honor Flight Network." Today, we continue working aggressively to expand our programs to other cities across the nation.

How a Dream Became a Reality.

The Honor Flight Network program was conceived by Earl Morse, a physician assistant and Retired Air Force Captain. Earl wanted to honor the veterans he had taken care of for the past 27 years. After retiring from the Air Force in 1998, Earl was hired by the Department of Veterans Affairs to work in a small clinic in Springfield, Ohio. In May of 2004, the World War II Memorial was finally completed and dedicated in Washington, D.C. and quickly became the topic of discussion among his World War II veteran patients.

Earl repeatedly asked these veterans if they would ever travel out to visit THEIR memorial. Most felt that eventually, somehow, they would make it to D.C., perhaps with a family member or friend.

As summer turned to fall and then winter, these same veterans returned to the clinic for their follow-up visits. Earl asked if they accomplished their dream of visiting the World War II Memorial. By now, for most of the veterans he asked, reality had settled in; it was clear to most that it simply wasn't financially or physically possible for them to make the journey. Most of these senior heroes were in their 80s and lacked the physical and mental wherewithal to complete a trip on their own. Families and friends also lacked the resources and time to complete the three- to four-day trip to the nation’s capital.

The Spark of an Idea.

Earl could tell that the majority of the veterans had given up all hope of ever visiting the memorial that was specifically created to honor their services as well as the services of their fellow comrades who had paid the ultimate sacrifice. That's when Earl decided that there had to be a way to get these heroes to D.C. to see their memorial.

In addition to being a physician assistant, Earl was also a private pilot and a member of one of our nation’s largest and best aero clubs located at Wright-Patterson Air Force Base in Dayton, Ohio. And things started coming together.

In December of 2004, Earl asked one of his World War II veteran patients if it would be all right if Earl personally flew him out to D.C., free of charge, to visit his memorial. Mr. Loy broke down and cried. He told Earl that at his age he would probably never get to see his memorial otherwise, and graciously accepted the offer.

Earl posed the same question to a second World War II veteran a week later. He too cried and enthusiastically accepted the trip. It didn’t take long for Earl to realize that there were many veterans who would have the same reaction. So he started asking for help from other pilots to make these dreams a reality. In January of 2005, Earl addressed about 150 members of the aero club during a safety meeting, outlining a volunteer program to fly veterans to their memorial. There were two major stipulations to his request. The first was that the veterans pay nothing. The entire aircraft rental ($600 to $1200 for the day) would have to be paid solely by the pilots. The second was that the pilots personally escort the veterans around D.C. for the entire day.

After Earl spoke, eleven pilots who had never met his patients stepped up to volunteer. And Honor Flight was born.

Soon other dedicated volunteers joined, a board was formed, funds were raised and that first flight took to the air in May of 2005. Six small planes flew 12 very happy veterans out to Manassas, Virginia, just outside of Washington, D.C. Vans then transported the pilots and veterans into D.C. and to the World War II Memorial. The responses from both the veterans and the pilots were overwhelming. It was an experience that will remain with them for the rest of their lives. Soon other flights were planned and made. So many veterans wanted to participate that commercial aircraft were used to accommodate forty veterans at a time, including many in wheelchairs. By the end of the first year, Honor Flight had transported 137 World War II veterans to their memorial.

In 2006, commercial flights were exclusively used due to the number of veterans on the waiting list and adverse weather conditions which prohibited small aircraft from participating on a regular schedule. Locally, another 300 veterans completed the journey during that year.

The mission and ideals of the program began to spread across America. Other cities and states became aware of our efforts and we fostered working relationships with dedicated community leaders in several states. Jeff Miller in Hendersonville, North Carolina led the expansion into areas not serviced by direct commercial flights to the Washington, D.C. area. He accomplished what was thought to be impossible, organizing and obtaining funding to fly an entire commercial jet filled with local area veterans to visit the monument.

This was the beginning of Henderson County’s HonorAir. On September 23rd and again on the 24th the US Airways-chartered jet was filled with World War II veterans and their guardians. Jeff repeated his success on November 4th of 2006. In less than three months, HonorAir had flown over 300 World War II veterans to D.C.! Jeff quickly shared his expertise with others, who started HonorAir programs in several other areas of the country. By the end of 2006, 891 World War II veterans across America realized their dream of visiting their memorial.

We are proud to say that (1) all of our heroes had a safe and memorable trip and (2) we were able to raise sufficient funds so that every veteran flew absolutely free.

24 September 2007, Honor Air out of Hendersonville, NC and Henderson County, NC were the first city and the first county in the nation to fly 100% of their WWII veterans to their memorials.

Southwest Airlines "Grab your bag...It's On"

In May 2008, Southwest Airlines stepped up by donating thousands of free tickets, and was named the official commercial carrier of the Honor Flight Network in a joint press release. It is because of this generous donation that the Honor Flight Network undoubtedly now has more flexibility, more opportunity and are now more than ever able to serve more veterans on our "anxiously waiting list" than would have been possible give the economy and the decrease in charitable contributions.

The Future of Honor Flight… Help Us Meet Our Goal.

The future looks bright for our country's World War II veterans. In February of 2006, Earl and Jeff combined efforts and co-founded Honor Flight Network. The leaders of various regional memorial tour programs, and others interested in starting similar projects in their own regions, attended a summit in Washington, D.C. with over 100 people in attendance. Now a network of participating programs is in place to assist our senior heroes. Resources are pooled, experience is shared and alliances are formed throughout America to get World War II veterans to their precious memorial safely.

Honor Flight Network has established an aggressive goal. Through the end of 2012 we transported more than 98,500 veterans to Washington, D.C. to see their memorial.. The program presently has 127 hubs in 41 states. Due to the senior age of our heroes, and the prediction that we are losing approximately 800 of them daily, we are committed to do all within our power to make their dream a reality. Our current focus will remain on World War II veterans and those veterans from any war who have a terminal illness. However, our vision goes beyond World War II.

Honoring All Our Veterans.

In the future, Honor Flight Network will also pay tribute to America's other heroes who served during the Korean and Vietnam Wars, followed by veterans of more current wars. They, too, have given so much and it's time we show them that their efforts are not forgotten. Honor Flight Network has learned a lot over these last four years and one point that stands out is that our veteran heroes aren't asking for recognition. It is our position that they deserve it. Our program is just a small token of our appreciation for those that gave so much.

Please help us continue to make their dream of visiting THEIR memorial, a reality.
HONOR FLIGHT NETWORK — our way of saying to all our veterans — one more TOUR with HONOR.